It's hard to keep up with the news these days as things move so rapidly in this unprecedented and uncertain time. But there are also rays of hope. Companies are finding innovative ways to serve their customers, extending leniencies in terms of support and payment plans, or even finding new ways how their products and services can be applied in this new working environment.

Microsoft has trickled out several announcements over the last few weeks regarding their Windows 10 support model, release schedule changes, and more. While you might have seen one or two already, we will summarize all of them below because you have other things to do right now than read two dozen news articles.

Most enterprise IT teams are currently busy simply keeping the lights on and setting up their employees to work from home, putting any "non-essential" projects on hold. Although the vast majority of our customers who are still working through their initial Windows 10 migration are well on the way to completion, there are now going to be significant delays.

To help these customers out, Microsoft announced that it would delay the end-of-life of Windows 10 1709 to October 13, 2020 instead of the previously scheduled end date of April 14, 2020.

We have been evaluating the public health situation, and we understand the impact this is having on you, our valued customers. To ease one of the many burdens you are currently facing, and based on customer feedback, we have decided to delay the scheduled end of service date for the Enterprise, Education, and IoT Enterprise editions of Windows 10, version 1709. This means devices will receive monthly security updates only from May to October. The final security update for these editions of Windows 10, version 1709 will be released on October 13, 2020 instead of April 14, 2020.

This decision was received by customers with sighs of relief and appreciation for the software giant's thoughtfulness. Interestingly, this makes 1709 the first Windows 10 version to receive three years of support. If you want to take advantage of this, you can receive your security updates through Windows Update, Windows Server Update Services, and the Microsoft Update Catalog.

Also, its successor, Windows 10 version 1803, is still scheduled to lose support only a month after that on November 20th, 2020. Consequently, it is recommended that you upgrade directly to 1809 as it receives 30 months support and is due to go EOL in May 2021, giving you additional time.

However, not all is good news. Small and medium size businesses who are struggling just as much as (or even more than) enterprises will not enjoy a service extension. Windows 10 1709 Home and Pro editions stopped receiving updates on April 9, 2019 and are not included in this announcement, and Windows 10 1809 Home and Pro will stop receiving updates as of May 12, 2020, forcing them to upgrade during this pandemic.

"We have no plans at this time to delay the end of service for Windows 10, version 1809 PRO. Our recommendation, as you are already doing, is to up-level to Enterprise, to automatically receive an additional 12 months of servicing."

While Microsoft has not publicly announced an official release date for the upcoming version of Windows 10 called 2004 (don't read as the year "2004", but as Microsoft's moniker for April 2020), Gregg Keizer asks in his recent article what the rush would be to release it now and suggests holding off as long as possible.

"If Microsoft issues Windows 10 2004 later than its numeric name implies — mid-to-late summer, say, for argument's sake — the need for another feature-filled upgrade during the remainder of the year falls to zero when next year's 2103 should land in April."

He also suggests maintaining what was coined as the "major-minor release schedule" after Windows 10 1903, a feature-rich feature update, was followed by a minor release in fall (1909) that shared the same code base and was rolled out as a standard monthly update. 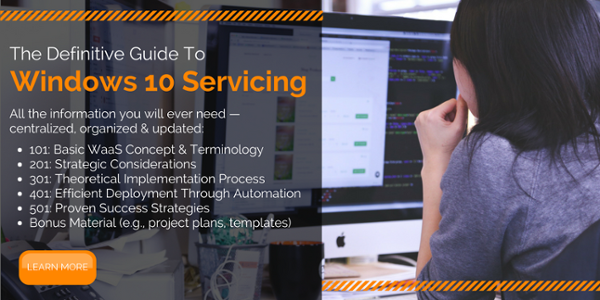 In an announcement from March 24th, Microsoft said it would pause all optional non-security updates starting in May:

"In response to these challenges we are prioritizing our focus on security updates. Starting in May 2020, we are pausing all optional non-security releases (C and D updates) for all supported versions of Windows client and server products (Windows 10, version 1909 down through Windows Server 2008 SP2)."

B updates (Patch Tuesday, or "Update Tuesday" as Microsoft prefers to call them) remain the same. For more information check out Computer World's and Windows Latest article.

"In light of current global circumstances, the Microsoft Edge team is pausing updates to the Stable channel for Microsoft Edge. This means that Microsoft Edge 81 will not be promoted to Stable until we resume these updates."

"Following the updated Chromium schedule, we are adjusting our schedule for upcoming Microsoft Edge releases and cancelling the version 82 release. Microsoft Edge 81 will release to Stable in early April, followed by an early release of Microsoft Edge 83 in mid-May."

Microsoft also announced the same day that disabling support for the insecure Transport Layer Security (TLS) 1.0 and 1.1 protocols from Microsoft web browsers will be delayed until the H2/2020. The company is aiming for a rollout in July.

This isn't surprising given the fact that the number of active daily users of Microsoft Teams grew from 32 million to 44 million in just seven days. If you are interested, Mary Jo Foley is tracking the numbers.

I hope you find this summary helpful. If things change significantly, we will update this post or — if needed — post another article with new updates. Stay safe and healthy.