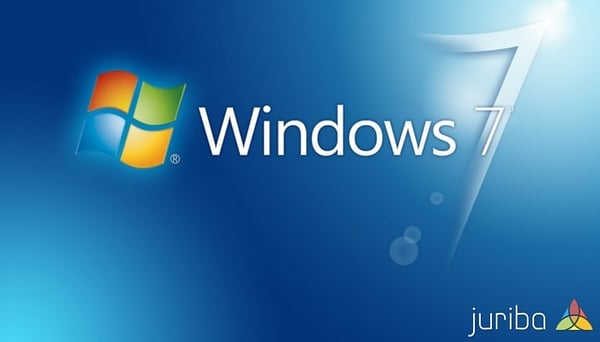 Research organisation Gartner estimates that there are 300 million enterprise desktops that still need to be transitioned from Windows XP to Windows 7 before Microsoft drops support in 2014 – less than 1,000 days. It goes on to predict the cost of migration to be between $1,000 and $1,900 per device.

And while some may find this excessive, it is, in fact, less than the cost incurred by one major financial institution during the NT to XP migration seven years ago. According to Barry Angell, Chief Technology Officer at Juriba, “The actual cost in recent desktop migration history was $2,200 per device and that did not include any hardware spend.”

In a recent business case however, a major financial organization produced a return on investment that saved 15% of project cost through using Juriba Dashworks, when compared to relying on the traditional route of spreadsheets and extensive resource. When it is considered that this particular Windows 7 deployment had a budget running into tens of millions of dollars, this saving was highly significant, and is readily repeatable.

Angell continues, “With limited budget and a fast shrinking team, the last thing the CIO or IT Director of a large organization really wants to deal with is a major desktop transformation project. Desktop migration history shows that changing the software on the laptops & desktops of thousands of employees, the vast majority of whom cannot function or generate revenue without them, is a task measured in years that few are likely to consider with relish. But with Microsoft removing support for Windows XP in 2014, planning for a desktop transformation project is becoming an increasingly important consideration.”

Founded in 2008 and headquartered in London, with employees spread across the UK, over the last three years, Juriba has implemented and developed its Dashworks desktop transformation software solution for over 500,000 end users in countries worldwide, including the UK and USA.

Headquartered in London, Juriba is a global developer of business intelligence solutions designed to revolutionize the management of an enterprise desktop transformation project such as Windows 7 migration and desktop virtualization.

In recent desktop migration history, Juriba has implemented Dashworks for over 500,000 end users across the globe, actively managing the desktop transformation of 200,000 to Windows 7 in 2011.

Customers who have performed a Windows 7 migration include some of the largest organizations in the world such as JPMorganChase and Fujitsu.