MSIX: Why Enterprises Aren't (Yet) Banking On The Future Of App Packaging

A few weeks ago, I attended the Flexera's Application Packaging Roundtable webinar about MSIX which was very interesting and included application management people from both customer organizations and service integrators. It got me thinking: Microsoft has been touting MSIX for two years now and despite the tremendous benefits the new packaging format brings, it seems like neither software vendors or end-user enterprises have really embraced it yet.

There is no doubt in my mind that MSIX is the future of application packaging — so why haven't enterprises fully bought into it yet? What are the roadblocks they are facing? Let's have a closer look at that today. 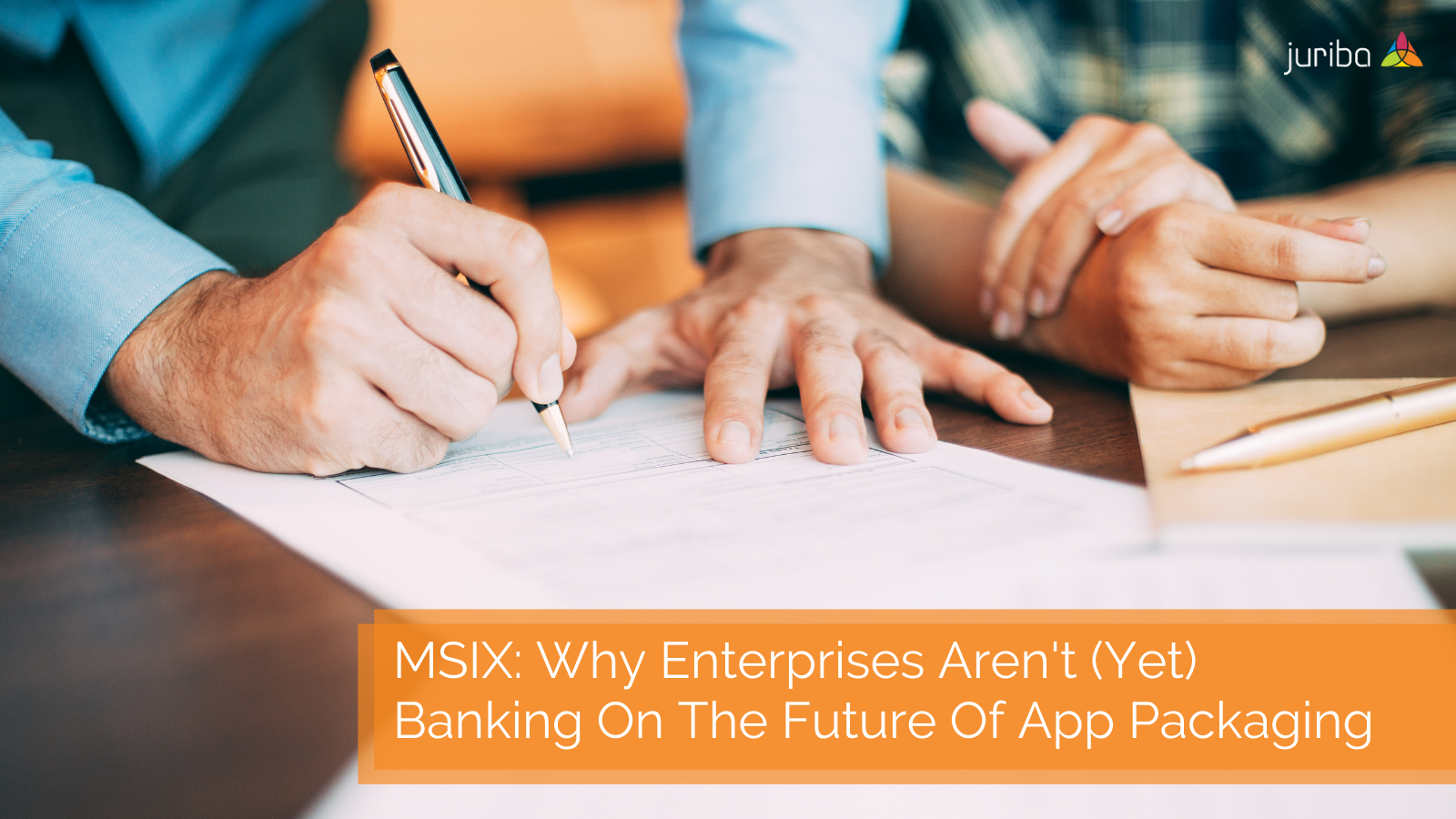 What Is An MSIX & Why Should I Care?

Because of this, MSIX comes with a lot of benefits. For one, it installs reliably and fast and uninstalls completely and cleanly. While this should be a given, this benefit is especially important as it prevents WinROT (which is a huge MSI problem because it forces organizations to regularly reimage to clean up dirty registries that were impacting performance) and fully eliminates "DLL Hell" (which refers to two packages stepping on each other).

Applications packaged as an MSIX will run in a lightweight app container which means the app and app's child processes are isolated using file system and registry virtualization — but without the limitations that often incumbered AppV apps. Because all MSIX apps write to their own app data folder and virtual registry, this data will be deleted completely when the application is uninstalled or reset. This means that the application data is protected as other applications don't have access to those registries or file systems. All MSIX apps can read the global registry.

Due to the containerization, MSIX apps come with network bandwidth savings and storage size savings (e.g., an MSIX package creates a pointer to an already existing file rather than just downloading it again). Also, MSIX files are independent of your image, so you simply replace your old MSIX with the new one without having to re-install or update. It supports Windows 7 and 10 with the same binaries, and provides a common user experience across different operating systems. In the beginning, Microsoft seemed to entertain the idea of requiring the use of its store (like you had to do with AppX), but now you can publish your MSIX app without these limitations.

Anecdotally, we know that enterprises have not yet adopted any of this new technology and, in fact, are not planning to adopt it in the next 12 months. But with these many benefits, you might ask yourself, "Why is this not taking off yet? What is stopping it from moving forward?"

Tim Mangan, the Founder of TMurgent Technologies LLC and a Microsoft Most Valuable Professional (MVP) for "Remote Desktop Services", "Application Virtualization", and "Windows IT Professional" for over 12 years, published a community survey on the topic. Although the sample size was small (94 responses from the IT pros and 23 from developers) and the survey is almost a year old, we can still learn a lot from its results.

In fact, one of the first things the study confirmed is that the definition of MSIX is very murky to a lot of people. For example, two out of three developers think of MSIX as a replacement for MSI, while only 44% of IT pros share this opinion, and 25% of developers think that MSIX replaces AppV, with 40% of IT pros thinking the same. In the fall of 2019, 83% of developers said that they had already investigated the potential of releasing in MSIX form, but only 24% had repackaged an application into an MSIX, and 48% planned to repackage an app into an MSIX soon.

There is also a big opinion spread on the question of whether or not MSIX is mature. A year ago, 24% of the respondents said that they believe MSIX will be ready in 2019/2020, whereas 38% expect it to be ready in 2021. Ready or not, 60% of IT pros say they are willing to try out a vendor application in MSIX format before using the MSI format. Regarding deployment, it's interesting to note that 39% of IT pros are planning to deploy their MSIX via Config Mgr, 26% via Intune, and 10% via Microsoft Store for Business/Education.

In summary, internal enterprise adoption is in its infancy and slow on the uptake. Let's look at the reasons for that now.

In order to gain adoption, a packaging format must cross a fairly large threshold of criteria to justify the effort and budget involved in converting hundreds if not thousands of applications to the new format, investing in new tooling to manage these applications, and managing all other related consequences. The three biggest roadblocks are compatibility with the new format, ISV support and tooling for packaging and testing.

Similar to conversion to AppV and other formats, MSIX is not going to be suitable for every single application. This issue with compatibility gives IT Pros a problem: "Which of my applications will work on the new format and deliver successfully via my different software distribution management tools?". Finding out the answer to this compatibility challenge will be critical in facilitating the move to the new format.

Additionally, without reaching a critical mass of Independent Software Vendors (ISVs) adopting the new packaging format and releasing their applications as MSIX, it will be difficult to go back to re-packging standard vendor applications. Nowadays, many packaging tools have a catalog of applications that are ready for distribution and need no re-packaging. Taking a step backwards will be hard for many organizations to swallow. But software vendors won't embrace MSIX unless their potential customer base is large enough, e.g., have updated their OS to a version of Windows 10 that allows them to run MSIX without running into the limitations of running MSIX Core on older versions, etc. As a footnote, even Microsoft hasn't released more than a handful of apps in MSIX format.

On the other hand, Microsoft's MSIX partner ecosystem is just evolving and will probably undergo a few more significant changes before maturing. As of November 2020, Microsoft has onboarded 11 MSIX partners (e.g., Flexera and Access IT Automation) who, as early adopters, have demonstrated to the Microsoft MSIX product team that their application packaging solution can package MSIX packages.

There are many different ways that app packaging and testing tool providers are approaching MSIX (including Juriba with its new automated AppM Platform) as the market is still in its infancy and none of the vendors has emerged as a clear leader. Also, since the customer demand for MSIX hasn't been as strong as initially expected, vendors will most likely slow down investment until demand catches up. The same goes somewhat for testing tools. While the tooling has much improved over the past 12 months, enterprises still had to use multiple tools to fully test common applications.

In summary, MSIX is still undoubtedly the future of application packaging. Despite the tremendous benefits for large organizations, enterprise adoption will be slow for the next 12 months until compatibility tools, ISV support and adequate packaging tooling gain critical mass. That said, MSIX is coming, and I highly recommend that you evaluate and familiarize yourself with the new format as soon as possible so that you are ready when the time comes.